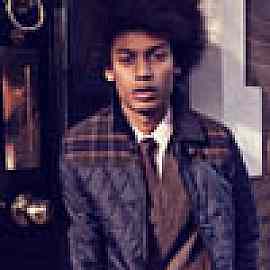 Stage 6 The History Of The Spectre Ship

This is my first book from this author and I'll definitely check out some of her other work. I liked the beauty and the beast theme and the interactions between the hero and heroine. I also liked the excepts from The Raven Prince in opening of each chapter, a nice parallel with the storyline. This book defines, and celebrates, the loner. A loner is not just a person who is alone; a loner is someone who enjoys being alone. Someone who is alone, yet lonely, is not a loner; that person is a non-loner, and an unhappy one at that. Loners are happy when alone, and more than happy -- they thrive when given their own alone space. Rufus also describes loners who can be loners in a crowd, because the vast anonymity of a large group renders them all-nigh invisible. Personally, I’m more of the loner-way-off-alone type; crowds hem me in, raise my blood pressure, overwhelm me with crush of others and the lack of breathing room. The writing is engaging and peppered with vivid metaphors. For any loner reading this book (like me), the delightful rush of recognition and agreement with line after line and point after point is pure pleasure. Of course, Rufus cannot help but paint both the loner and the non-loner with a very wide brush; any generalizations about so many people at once is bound to be ill-fitting in some (or even many) cases. The overall negative tone towards the non-loner is perhaps a little unfair; and yet, the book unabashedly describes itself as a manifesto, and as such it adopts a strong, sometimes strident tone. It is heavy-handed because it feels such a strong need to show that loners exist and that they have real value to society just as they are, thank you very much. The “mob” of non-loners, which presses its social expectations upon everyone, is a strong force and requires a strong response -- if only to bring attention to what the mob did not realize it was doing, in trying to force the loners to abide by its rules. Many of the chapters in this book are devoted to showing where loners appear in our society and culture, and the contributions they make in art, science, music, technology, literature, etc. This was mildly interesting to me, although the logic with which the examples were presented sometimes faltered or even turned on itself. Our culture lionizes the loner (Superman, Tarzan, Batman, Spider-Man, Davy Crockett, etc.). Our culture demonizes the loner (Psycho, Harold and Maude, Beetlejuice, Edward Scissorhands, One Hour Photo, The Grinch Who Stole Christmas). Well, which is it? Or could it be that there’s a mixture of both? The field of advertising is in a weird position with respect to this issue. Each product wants to distinguish itself from its competitors, and many therefore cultivate an image of “different” or “unique” or “exceptional” or even “loner” (“I’m a Pepper.” [as in, a loner compared to Coke or Pepsi:]). But success for sales means mass conformity (“Wouldn’t you like to be a Pepper too?”), with many many people buying into that unique/loner/exceptional image being sold. At which point its reality directly contradicts its image -- yet the image persists. But the chapter on explorers (Chapter 16) was absolutely fantastic. Solo travel has its challenges and rewards (and I’ve certainly enjoyed both!), but here Rufus focuses on expeditions: solo travel that doesn’t just mean hostel-hopping in Europe but actually being out in the wilderness, completely and utterly alone, compelled onward by some quest, “traveling beyond reach.“ Each of the anecdotes, about sailors, castaways, and Antarctic explorers, is enthralling and attractive and admirable.