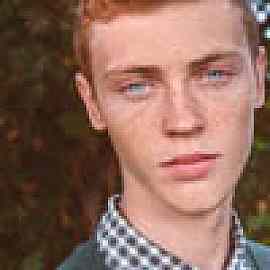 "I can see it in your eyes," the man said above him, blood dripping from his lips as he attempted to force the glinting blade down into Tom's face. " 'Why won't this guy go down?'" Wells laughed, shaking his head ever so slowly, his face a bloody mess. "I can't feel a thing," he said. "Do you understand, boy? They made it so I don't feel any pain." The blade slowly descended. "It's a battle of the science projects," Wells grunted with exertion. "May the better freak win." I must confess that although I enjoyedSleeper Code, Sniegoski's first book about Tom Lovett, I merely found it "good", rather than something I'd retain as a highly enjoyable read. The premise in outline is that Tom has narcolepsy, but when he's asleep sometimes he's actually host to a second, cultivated personality - a killer. I got the strong urge to pick up This (the second book) straight after the first, largely due to a sense of incompleteness. The story was obviously going further, and I wanted to find out where. So I did... Taking both works as a whole my rating has to increase, because although the kid-as-spy or teenager-as-soldier concept has been done and done to death, this was nevertheless an interesting twist on the concept. Books that inform about any sort of condition (narcolepsy in this case) are always good because that sort of material gave me, at a younger age, insight into a condition I was otherwise clueless about. it's fiction, of course, primarily a good yarn, but with some interesting comment about its subject matter nevertheless. I do find myself wondering if that's the end of it, or if (in Alex Rider fashion) more and more titles will appear. The ending is complete but certainly not closed-off, so who knows. Hopefully, if done properly, it won't be overdone.