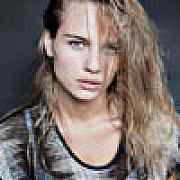 After reading this book now I want to go find some sea glass. I've never done that since I live in a landlocked state. Woe is me. *rolls eyes at myself* Okay now I'll commence to stop my complaining about the lack of beach experience I have, and get on with the book which was nicely written. Suicide is a really hard issue to talk about, and ironically enough even though that's what Anna's mother did I don't recall the word ever being used (do correct me if I'm wrong). A good writer can do that. Anna is one of those horrid individuals who have a dead mother and not just that, but she watched her mother end her life. She has moved on and lives with her dad and all isn't great but it's working for them. Then out of the blue Anna's dad decides they need to move back to where it all began. To where Anna's parents met. There Anna will uncover lots of hidden secrets and stories about her parents she didn't know. For the first time she'll have to face the way her mom died, why it's important for her to understand why her mother did it, and how loved she truly is. Oh yes, as you can guess I read this because of the cover. Actually the image here doesn't do it justice, but I think it is a tad misleading. Though there is a romance in the story it's not a prominent aspect, it's important but not the main frame of the story. I have to be honest, in the beginning I wasn't really into the story and it was because I didn't feel I could empathize with Anna. She seemed a little aloof and the beginning of the story too light, but as I read on I understood it was presented this way to show how Anna has come to act like things are "okay" even though in reality she hasn't had the closure she needs. She hates when she has to tell people her mother is gone, when her dad is overprotective, and most of all how she can’t shake the feeling the whole thing is her fault. To chase away the thoughts she runs, and in the story even becomes part of the cross country team. The beach setting is done well and you can tell it's a big part of who Anna is, who her mother was, and it's even an integral part of her dad's job. I also appreciated the characters. I loved Ashley, Jillian, and Tyler. All who become important people in Anna's life. My personal favorite was Ashley. Now the relationship between Anna and Tyler seems kind of off and frustrating in the beginning, but realistic. Relationships aren't clear cut and it's hard to figure out your way through them, and this story shows that. The reason I didn't give it a full five star rating was because I would have like to have seen more interaction between Anna and these other characters. The ending was done beautifully and had the full circle feel to it. Things played out the way they should have, and thank goodness the guy didn't do all the saving this time. It isn't a typical story but has a very accessible feel to it. Keep an eye out for Jessi Kirby, if this novel is any indication I'm expecting some great stories that still need to be told from her. Now I'm off to go find some sea glass in a sandbox. What... you don't think I'll find some there? *sigh* You're probably right, but one can dream. 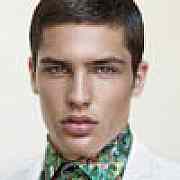 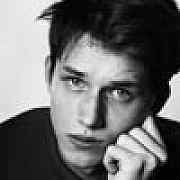