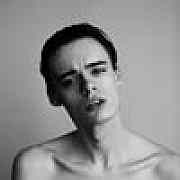 I will be honest I did not finish the whole book. I didn't read Meljean Brook's short story set in her Guardian world. I know that she says that each Guardian book can be read on it's own and just the research I did on this anthology told me that the events in this book take place in between books, I didn't feel like I could enter the Guardian world in the middle like that. With that said I do look forward to reading more of Meljean Brook's other books and maybe I will get back to this story later. Now on to the rest. I had yet to read anything else by Charlaine Harris besides her Sookie Stackhouse series. I liked the story she contributed to this anthology. I thought that she did a great job with the world building within the contstraints that a short story proposes. I actually was left wanting to know more. Wanting to hear other stories set in this setting. I had not read anything by Nalini Singh before this. This story is part of her Guild Hunters series and where this being a series I'd never read before differs from Meljean Brook's story is that this story takes place before the events in the first offical story in the Guild Hunter series so the reader is not coming into the middle of the series, but getting a preview of what to expect in the series as a whole. It's not, however, a story about the main characters in the Guild Hunter novels but instead is about secondary characters that do appear in the novels as well. It's a nice introduction to the series and in fact i found the story and the mythology interesting enough to pick up the actual novels. Lastly is Ilona Andrews' story set in her Kate Daniels world. I love the Kate Daniels series and I liked getting a different character's perspective (in this case Andrea). We get the story of Andrea and Raphael's relationship after the events in Magic Strikes. We also get a few little glimpses into what's going on with an injured Kate after the events of the aforementioned book. The end of this novel leads us nicely into the beginning events of the fourth novel Magic Bleeds. I liked learning background information about both Andrea and Raphael. I was saddened by Andrea's story of where / how she grew up and what she had to deal with. It makes her reaction to Kate's indifference to what she is understandable. It also makes her apprehensiveness towards starting anything with Raphael clear as well, but it's also nice to see her try to overcome her aversion to the pack and other Weres and give Raphael a try. I will admit to this story being the main reason I picked up this anthology. It's well worth it to get further insight into the Kate Daniels series, but fortunately it's nothing essential to the main storyline that would leave the reader lost if they don't read it. 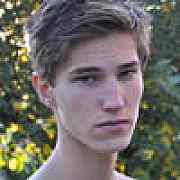 Started reading this before I realized it was the last book in a series. I couldn't get really into it or interested in the main character. So I've put it on pause until I can read the others in the series. Which may be never.