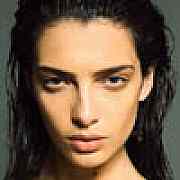 Kody Keplinger's "Shut Out" was a very interesting modern adaptation of the play "Lysistrata" - I didn't expect to enjoy it as much as I did, and I would probably rank it around the same as my enjoyment with Keplinger's first novel "The DUFF". As with "The DUFF" - the story doesn't shy away from talking about sexual relationships in an open way. I appreciated that there was a nice focus on the developing characterization and their chemistry in this book. For me, it was a little predictable, and I did have a few qualms with the story in the aftermath, but suffice to say, I really liked the experience and glad that I read it. "Shut Out" is told from the perspective of Lissa, a girl who's tired of the football team's increasingly contentious rivalry with another school. Particularly with the way it's affecting her relationship with her boyfriend Randy. She teams up with several girls to issue a sex ban with their boyfriends until the rivalry ends. Suffice to say the boys don't take the news all that well (and for the most part, it's lighthearted/humored in its approach). In the meantime, Lissa struggles between her affections for Randy, her just recently on-again boyfriend, and Cash, a boy who had rejected her before, but seems to be rekindling a relationship with her again as they work together and see each other around school. Lissa has moments where her life hits the bottom of the barrel during the ban. I understood (and somewhat knew) where those threads would go. I'll admit I was a little frustrated when Lissa's focus became more on trying to win "the game", but liked that she ultimately has to come to terms with her feelings and being okay with her choices and her body - and that people have to respect that. It was an interesting modern twist to Lysistrata, and I liked seeing some of the strong, confident assertions from the ladies in the work. I have to give it to Keplinger, she does know how to craft assertive characters who know themselves, know what they want, and command respect for themselves against societal pressures. As well, I loved Cash. He's such an understanding guy and his chemistry with Lissa is great. He's very respectful of her and you can tell his sentiments toward her are genuine. I thought Randy was a little flat as a character, and I knew the route his character would go after a time because of the way that he was crafted, but I do think the ultimate resolution of Lissa's interactions with him was resolved well. Overall, I think this was an excellent YA contemporary novel, it is quite funny and has a decent approach to some of the issues it chooses to illustrate. It's certainly in line with Keplinger's humor and charm in her novels, and I enjoyed the experience. Overall score: 4/5 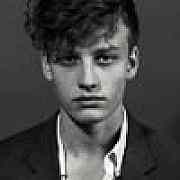